Thanks for stopping by!

Software interfaces can be a powerful way of improving teamwork, by dividing responsibilities. We can work on what we know best, achieve greater focus and measure progress more accurately.

Have you ever found it challenging to work with the people around you? Not because they're bad people, but because you all found it difficult to figure out who's doing what.

Maybe there was a lot of overlapping work, and lot of ambiguity about who was doing what, a lot of people stepping on eachother's toes without meaning to. You felt unclear about what you were building vs what others were building. For example, you would try to build something, but it turns out, someone else was also trying to build that thing. So you were doubling up on effort. And then trying to merge your code would get wierd. And you find yourself and your colleagues getting into all kinds of arguments about what this thing we are building should be and how it should work.

I recently discovered one technique, which I used in a recent project, and which seemed to work quite well.

As developers, most of us are probably familiar with the concept of interfaces. It's usually some structure that sits between one unit of code and another. So I had this idea of using an interface to make it easier to work with one of my team mates.

So we had a database that we wanted to monitor. Whenever a certain change occurred, we wanted to then go through a series of steps, and at the end of the steps, we wanted to produce some output to a few different consumers.

My job was to build the whole pipeline, but to work with the team who were in charge of the database, so they could make sure the work was done cleanly and according to their standards. 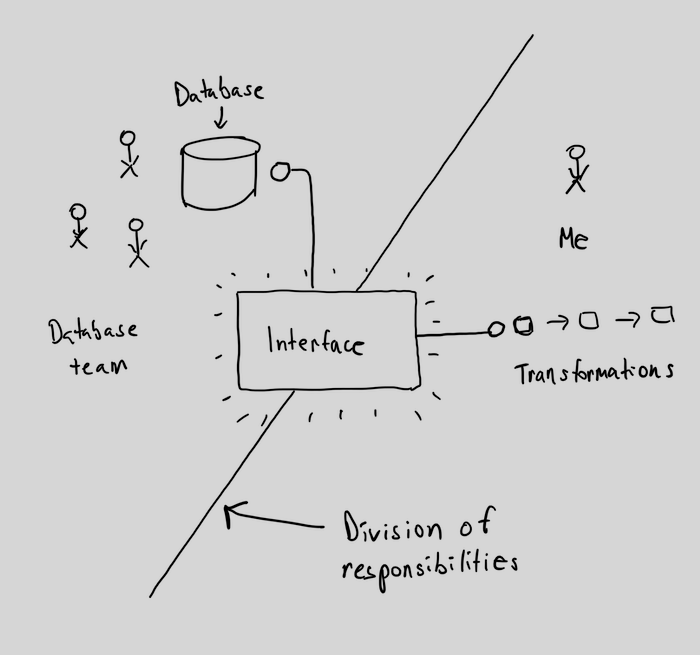 So from this brief description you can already see some trickiness and ambiguity emerging here. Here I am responsible for getting some data from a database and doing something with it, but there is this other team who are also responsible for this same database. So I needed a way to work with the team mates so I could get what I wanted, but they could also do what they wanted, with minimal fuss.

I solved this with - guess what? - an interface!

So basically I created an interface. That interface had a method which could be called whenever there was an update to the database that concerned my workflow. (I forgot the name, but it was called something like processData.)

This immediately created a nice clean separation of responsibilities.

As a side-benefit, it was super easy to write unit tests for my workflow. Rather than having to test or mock the whole database, all I had to do was mock the inputs to my interface and focus on implementing the actual thing I was building, which was the workflow.

Also it was easier to give accurate feedback to management about my progress. I could tell them about the progress I was making with the workflow, rather than being blocked by waiting for the database team to do their part of the job. The database team, likewise, were clear on what their job was, and they could steadily deliver it and give updates to managers on their progress. So everyone was happier and more productive working in this way.

After that experience, and a few others, I can definitely recommend interfaces as a way of structuring teamwork, which could potentially benefit you in your project! 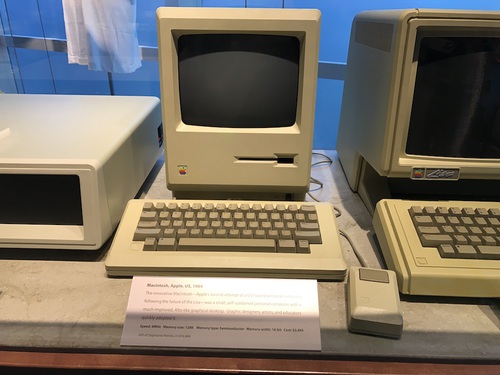